The life of Jose Silva has become one of the world’s all time great success stories.

From Orphan to Entrepreneur

Jose and his siblings were orphaned when he was six. He was the oldest son so he began to support his family by selling newspapers, shining shoes, and doing odd jobs. He learned to read and write on his own – in both English and Spanish. One day Jose came across an electronics course. He completed the course and went into the radio repair business. Over time he built the largest electronics repair business in south Texas.

Jose wondered why he succeeded but others like him didn’t so he began to study psychology. His study of the mind a became a lifetime passion.

Unlocking the Secrets of the Mind

It took decades for José to unlock the secrets of the mind. He invested his own time and money, even though critics scorned him. His research led him to uncover the secrets of the human potential – secrets hidden for thousands of years.

Jose Silva’s 22 years of research have changed the world. He is one of the leading researchers in the field of mind development and human potential.

Today the Silva Method is taught in over 100 countries and in 29 different languages. Millions of people benefit from Jose’s research to this day. He wrote the book on mind development without ever having attended school. In fact, more than a dozen of his books are published and available to this day. 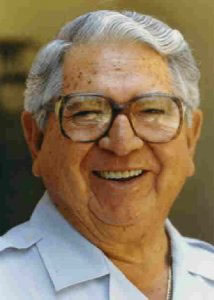 Success is not for the timid. It is for those who seek guidance, make decisions, and take decisive action.
~ Jose Silva

Prior to his passing in 1999 he developed a new system. He called it the Silva UltraMind ESP System. This new system does three things.

The work of Jose Silva is still going strong. Both live seminars and in convenient home study courses are available.